From Coffee to Cappuccino – Coffee Etymology

Coffee Etymology: The surprising origins of the word ‘coffee’

What is coffee etymology? Coffee is one of the most popular drinks in the world, enjoyed by millions of people every day. But where did the word ‘coffee’ come from?

The word ‘coffee’ has since become a part of our everyday vocabulary, and it’s hard to imagine a world without it. So next time you enjoy a cup of coffee, spare a thought for its fascinating history. 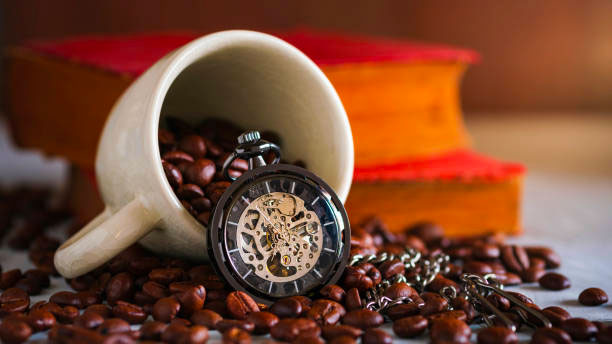 How coffee got its start

Coffee has a long and interesting history. coffee got its start in Ethiopia, where it is thought to have originated. The coffee plant is native to Ethiopia, and the coffee beans were first roasted and brewed there. coffee was first introduced to the Arabian Peninsula by traders in the 16th century. Coffee quickly became popular in the Arab world, and coffeehouses were soon established in major cities throughout the region.

From the Arabian Peninsula, coffee spread to other parts of the world, including Europe, where it became hugely popular. coffeehouses became a popular gathering place in European cities, and coffee became an important part of European culture. In the 18th century, coffee was introduced to America, where it quickly became popular. Today, coffee is consumed all over the world, and it is a major global industry. 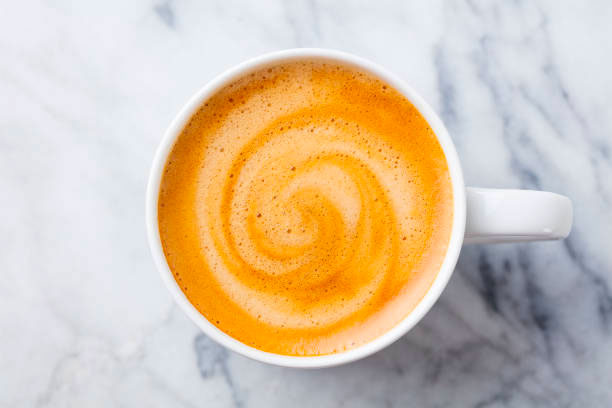 From coffee to cappuccino – the etymology of coffee

Coffee is thought to have originated in Ethiopia. The first coffee plants were brought to Yemen from Ethiopia. coffee was then grown in Yemen and traded throughout the Arab world. Coffee eventually made its way to Europe, where it became very popular.

Coffee is a brewed drink prepared from roasted coffee beans, which are the seeds of berries from the Coffea plant. The genus Coffea is native to tropical Africa (specifically having its origin in Ethiopia and Sudan) and Madagascar, the Comoros, Mauritius, and Réunion in the Indian Ocean. Coffee plants are now cultivated in over 70 countries, primarily in the equatorial regions of the Americas, Southeast Asia, India, and Africa. The two most commonly grown coffee species are Coffea canephora (predominantly a form known as ‘robusta’) and C. arabica.

Brewing coffee is the process of extracting the soluble material from the coffee beans using hot water. The coffee that is brewed is called coffee. There are many different ways to brew coffee. The most common way to brew coffee is with a coffee maker.

The word “cappuccino” is derived from the Italian word “cappuccio”, meaning “hood” or “cover”. This is a reference to the hooded robes worn by monks of the Capuchin order. The cappuccino was invented in the early 20th century, and the word first appeared in English in the 1930s.

Coffee is one of the most popular beverages in the world, and its popularity is only increasing. In 2018, global coffee consumption was estimated at around 1.6 billion cups per day. This number is expected to rise to 2.26 billion by 2025.

There are many different ways to enjoy coffee, from a simple cup of black coffee to a more elaborate cappuccino. No matter how you like your coffee, there’s no doubt that it’s a delicious and enjoyable drink.

The story of coffee

The story of coffee is more than just a hot beverage enjoyed by millions around the world every day. It is a tale of discovery, adventure, and commerce that has spanned centuries.

The earliest known reference to coffee comes from the ninth century, when an Arabian physician wrote of a “black bean” that produced a drink that “ exhilarates the body, makes the mind more alert and improves digestion.”

From its humble beginnings in the Arabian peninsula, coffee quickly spread to the nearby countries of Egypt and Turkey. By the seventeenth century, it had made its way to Europe, where it rapidly gained popularity.

Coffeehouses sprang up all over the continent, providing a gathering place for intellectuals and artists. The drink became so popular that it was even banned in some countries, including Sweden and Prussia, in an attempt to control its consumption.

Today, coffee is one of the most popular drinks in the world, with more than two billion cups consumed every day. The story of coffee is a fascinating one, and its rich history is still being written today. 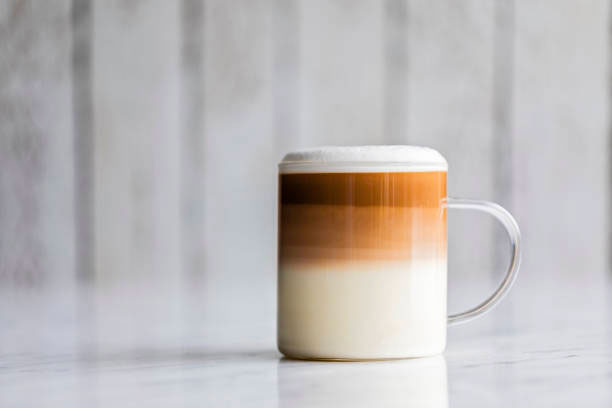 Everything You Need to Know About Coffee Plant

Coffee is one of the most popular drinks in the world and is enjoyed by millions of people every day. If you’re a coffee lover, then you’ll want to learn everything you can about coffee plants and how they produce coffee beans.

How to Grow and Care for Your Coffee Tree

The first step in growing your coffee tree is to purchase a coffee plant. You can find coffee plants for sale at many nurseries or online. Once you have your coffee plant, choose a spot in your home that gets bright, indirect light. Coffee trees need lots of light, but they can’t tolerate direct sunlight, which can scorch their leaves.

Coffee trees need to be watered regularly, but be careful not to overwater them. The soil should be kept moist but not soggy. Allow the top inch of soil to dry out between watering. To fertilize your coffee tree, use a weak solution of liquid fertilizer every two weeks during the growing season.

Your coffee tree will need to be pruned regularly to maintain its shape. Use sharp pruning shears to remove any dead or damaged branches. You can also prune your coffee tree to encourage new growth.

Once your coffee tree begins to bloom, you’ll be able to enjoy its beautiful flowers. The flowers are followed by small, green coffee beans. These beans will mature and turn dark brown as they ripen. Once the beans are fully ripe, they can be harvested and roasted.

With a little patience and care, your coffee tree will provide you with fresh, delicious coffee for years to come.

Coffee farms are one of the most interesting places on Earth. There are so many different ways to farming coffee, and each farm has its own unique story.

The dry method is another popular way to farm coffee. In the dry method, coffee trees are grown in full sun. Once the coffee beans are ripe, they’re harvested and then dried in the sun or in mechanical dryers.

Either method, coffee farms are fascinating places to visit. There’s something special about being surrounded by coffee trees and knowing that the coffee you’re drinking was grown just a few feet away. If you ever have the chance to visit a coffee farm, don’t hesitate! It’s an experience you won’t soon forget.

We all know what a latte is – a coffee with steamed milk and a little foam on top. But where does the name come from?

There are a few theories out there, but the most likely explanation is that it comes from the Italian caffè latte, which means coffee and milk.

This makes sense, as the drink originated in Italy in the early 1900s. It was originally made with espresso and milk, but the ratio of milk to coffee has changed over the years to what we now know as a latte.

So there you have it! The next time you order a latte, you can impress your friends with your knowledge of its history.

The espresso machine is one of the most important inventions in the history of coffee. It changed the way coffee was consumed and made it possible for people to enjoy a quick and easy cup of coffee.

The first espresso machine was invented in Italy in the late 1800s. The machine worked by forcing hot water through coffee grounds at high pressure. This resulted in a strong and concentrated cup of coffee.

Espresso quickly became popular in Italy and soon spread to other countries. It was especially popular in coffeehouses and became an important part of Italian culture.

The espresso machine has had a profound impact on coffee culture around the world. It has made it possible for people to enjoy a quick and convenient cup of coffee. It has also helped to create a thriving coffee industry and has given rise to new and innovative ways of preparing coffee.

The difference between coffee and espresso

The rise of cold brew coffee

As the weather gets warmer, cold brew coffee is becoming more popular. This type of coffee is made by steeping coffee beans in cold water for a long period of time. The result is a coffee that is less acidic and has a smoother flavor.

Coffee brewing methods: Which is best for you?

Here’s a question we get a lot: “What’s the best way to brew coffee?”

There are many brewing methods out there, from the simple drip coffee maker to the more complex espresso machine. So, which brewing method is best for you?

It really depends on your personal preferences. Some people like the convenience of a drip coffee maker, while others prefer the richer flavor of espresso.

Here’s a quick rundown of some of the most popular brewing methods:

Drip coffee maker: This is the most common type of coffee maker. It’s easy to use and makes a great cup of coffee.

French press: A French press is a type of coffee maker that brews coffee by steeping the beans in hot water, then pressing them. This brewing method produces a full-flavored cup of coffee.

Which brewing method is best for you? It really depends on your personal preferences. If you like convenience, a drip coffee maker is a great option. If you prefer a richer flavor, an espresso machine is a good choice. If you want a full-flavored cup of coffee, a French press is a good option. And if you like a clean, flavorful cup of coffee, a pour-over is a great choice.

Drink coffee – What are the benefits?

We all know the importance of coffee. It wakes us up in the morning, gives us the energy to get through the day, and can even help us focus and be more productive. But did you know that drink coffee can also be good for your health?

There are many health benefits of coffee, including reducing the risk of Alzheimer’s and dementia, Parkinson’s disease, and many other chronic diseases. Coffee is also a good source of antioxidants, which can help protect your body against free radicals.

But how much coffee is too much? The recommended amount is 3-5 cups per day, but this can vary depending on your individual tolerance. If you’re new to coffee, start with 1-2 cups and see how you feel.

And where is the best place to get coffee? Of course, at the coffee shop, but the best coffee is always going to be the one you make at home. With a little practice, you can make a delicious cup of coffee that’s just as good as any you’ll find at a coffee shop.

How did coffee get its name?

Coffee gets its name from the Arabic word for wine, qahwah. This is how the drink was originally known in the Middle East, where coffee beans were first cultivated. The word qahwah was then adopted into Turkish as kahve, and from there it made its way into other European languages. In English, coffee first appeared in the 17th century.

Is the word coffee Arabic?

No, the word coffee is not Arabic.

Today, coffee is one of the most popular drinks in the world, and its popularity shows no signs of waning. Whether you enjoy a cup of coffee in the morning to start your day, or you savor a leisurely cup in the afternoon, there’s no denying that coffee is a delicious and addictive beverage. So next time you take a sip of your coffee, think about its fascinating history and the long journey it has taken to reach your cup.