What Is Arabica Coffee? Arabica Vs Robusta: The Differences

What Is Arabica Coffee? Arabica Vs Robusta: The Differences 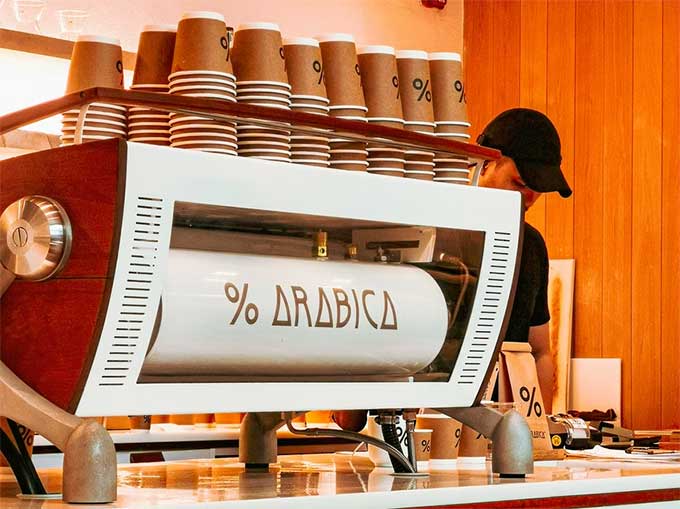 What is arabica coffee? Coffee is a popular drink that many enjoy drinking. In recent years, the brewing of coffee has been simplified to a point where most people can now brew their own. However, not all coffees are the same or created equal. One of these differences is whether it is Arabica coffee or Robusta coffee.

What is Arabica coffee?

Arabica coffee is a variety of coffee, which is one of the oldest and most popular types of coffee in the world.

Arabica coffee is grown in Western and Central Africa, South America, Eastern Asia, Indonesia and India. As a result, Arabica coffees have certain characteristics that make them different than Robusta coffees. 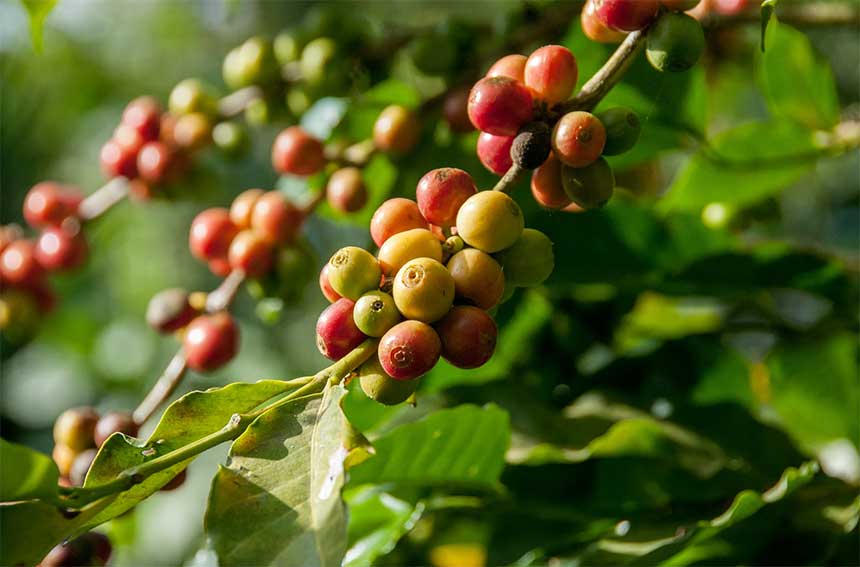 The name “Arabica” has been attributed to this type of coffee because it was first cultivated in Arab countries (particularly Yemen). The best Arabica coffees are often referred to as “high grown” or “strictly hard bean.”

The arabicas are also known as “the connoisseur’s choice”. This is because they are known for their superior flavor and quality, with bitterness that is not overpowering. Arabica coffee is milder and less acidic than other types of coffee. It tastes smooth and has a full-bodied flavor.

Arabica coffee is very common – more than 97% in Canada, France and Italy is Arabica. Prices can range from $7 to $20. But not all brands utilize 100% Arabic coffee for the blend which is not bad. Robusta beans are often characterized as less quality, but they have their place when roasted with mastery in the blend. Robusta coffee produces a lot of crema compared to Arabica and should make up 10% to 30%. It contains almost twice as much caffeine per unit as Arabica coffee, which is good for wake-up mixes. 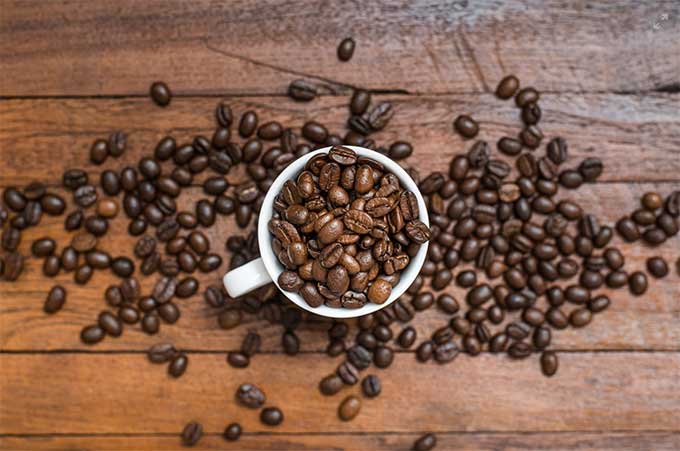 Arabica beans are planted across the entire South-East African and Central African continents, in India and Indonesia. This is often the most commonly grown variety for coffees that are sold across North America, Europe and Australia. Robusta constitutes the major portion of coffee produced in Vietnam and elsewhere at low elevation, and is most widely sold in Asia where it is diluted heavily with sugar to mask the flavor.

The Arabica varietal is likely the most widely known for its high-quality and higher flavor, as it is more refined than Robusta. It could be further subdivided into subvarieties including The best Arabica Coffee is Bourbon and typos. There are also many cultivars, hybrids and strains of this coffee. Different cultivars and hybrids may be developed to improve coffee bean flavor.

Around 70 % of coffees produced for trade are Arabica beans. Most of these others were Robusta (Coffea canephora var. robusta), a major commercial coffee with an extremely small amount of Liberica (Coffea liberica). Although Arabica beans tend to be more tasteful than Robusta, which is a beverage with twice the amount of caffeine in it but not the majority of gourmet espressos are Arabica.

The Arabica coffee market is expected to reach $20.1 billion by 2022, according to a new report by Grand View Research, Inc. The global market is led by Japan and the Netherlands, which are already at the top of the market share tables for coffee consumption and value.

What is Robusta Coffee?

Robusta coffee comes from the plant Coffea canephora. It makes up 40% of coffee production worldwide. It originates in Subsaharan Africa and has been widely grown throughout the east, particularly in Africa, Indonesia, and, of course, Vietnam. Erecta and Ngandha coffee are the two best-known types of Arabica coffee. Robusta is the Italian word for ‘stout’ or ‘thick.’  Robusta beans are light in color and have a darker, more bitter taste. 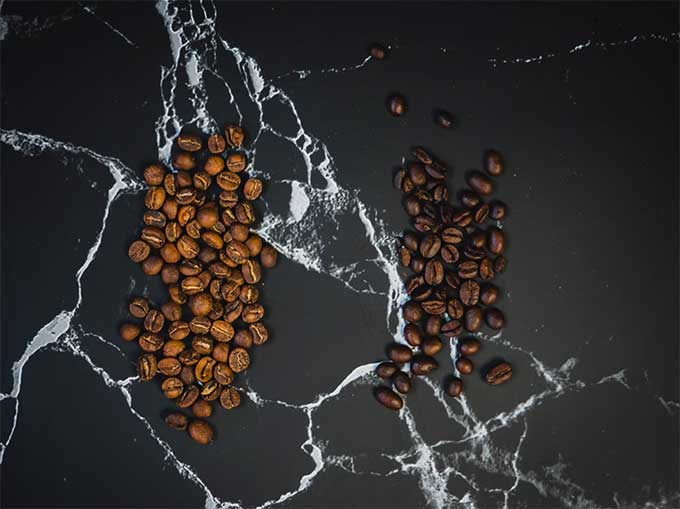 Arabica is more expensive to produce than Robusta coffee due to the fact that it is more susceptible to pests and disease than Robusta coffee. Arabica coffees have higher temperature resistance and handling capacity and produce fewer harvests per hectare than Robusta variety. Other factors that affect Arabica coffee production and coffee robusa are altitude – Arabica coffee is better at over 500 meters and they are best at 1300 meters. Robusta however is softer and is grown in countries without huge mountainous areas and has a lower elevation.

Arabica coffee is more labor-intensive than Robusta coffee, because the Arabica plants need more attention and care. Arabica coffee needs to be picked at the right time, stripped from the stem and dried on patios or with mechanical dryers. It also needs to be stored in moisture-controlled warehouses as well.

What’s the difference between Arabica and Robusta beans?

The two most commonly sold coffee varieties are robusta and Arabica. Despite their widespread nature, most people do not know what differences exist. We’ll explore how this bean is unique and what it should be in your next recipe. Let me start with some basic knowledge about Arabica – Robusta coffees.

Robusta coffee beans are the cheaper and more popular of the two types. Robusta is grown in parts of the world that are hotter and higher in elevation. The beans contain more caffeine and are more bitter than Arabica coffee, but they still have many of the same benefits as Arabica coffee.

Robusta is known for being produced in a shorter growing cycle, mid-season harvesting at 2 to 10 weeks versus Arabica’s harvesting cycle of 14 to 60 days. Robusta plants are also thinner than Arabica plants, which means Robusta doesn’t hold as much moisture within the bean.

Robusta beans are more often used to make instant coffee, which contains a higher amount of caffeine than regular Arabica.

Arabica vs Robusta: Which is better?

The average person only drinks 6 cups of coffee daily. If you are an average coffee drinker, then there is no need to choose between these two types of coffee. However, if you want an Arabica or a Robusta for your next cup, then read below to see what each type has to offer.

The flavor is smoother and milder than that of Robusta. The beans are also smaller and weigh less than Robusta beans. Because of these factors, Arabica is often considered the delicacy of coffees.

While the flavor can be bitter, it does have a smooth texture that many compare to dark chocolate. The beans are larger and weigh more than those of Arabica. This can lead to a richer taste and a bit of a bite in the coffee. For those who do like their coffee on the stronger side, this could be an advantage over other types of coffee.

Though Robusta is darker in color than Arabica, it is not necessarily stronger in caffeine content. Many people who prefer strong coffee tend to choose Robusta because it has a fuller flavor that most people enjoy over Arabica’s milder taste.

Arabica vs Robusta: Which is healthier? 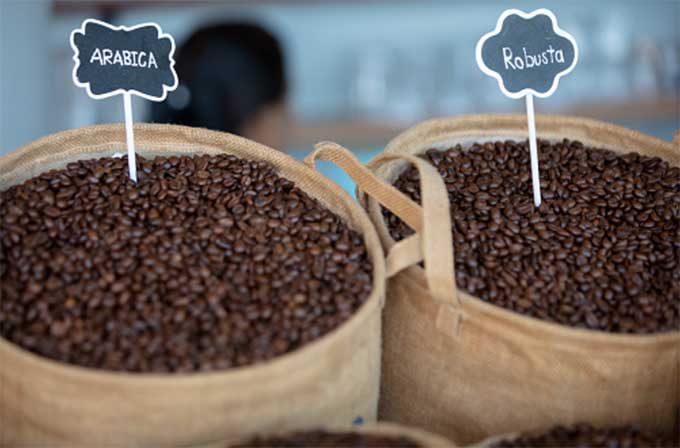 The next time you are at a coffee shop and need to choose between Arabica and Robusta, take the time to read the ingredients on the packaging. One of these two varieties will be listed as one of the first ingredients. Look for a label that says “100% Arabica” or “100% Robusta.”

Both varieties contain caffeine, but there is a difference in how much caffeine is contained in each type of bean. In general, Arabica contains about half as much caffeine per serving as Robusta does.

Arabica is also considered to be lower in acid than Robusta. This means that Arabica coffee is less likely to cause people’s stomachs to have acid reflux.

How much Arabica coffee should I drink?

The amount of coffee you should drink depends on your personal preference. If you drink 400-500 milligrams of caffeine per day, then a cup of Arabica coffee will suit your needs. Robusta consumers need to take this into consideration as well because they can experience the side effects that come with too much caffeine.

While it is not necessary, drinking more than one cup of coffee per day can be beneficial. Studies have shown that those who drink two or more cups of coffee a day have a lower risk of developing Parkinson’s disease, type 2 diabetes and high cholesterol.

Many people are unaware of how much coffee they eat each day and how much caffeine it contains. If you want to make sure you do not get too much [Caffeine], try drinking decaffeinated coffee instead. You will still experience the flavor of your favorite brew, but the caffeine content will be much lower.

Is Arabica better than Robusta?

Although there are no really better beverages, the average coffee drinker prefers Arabica over Robusta because it tastes more pleasant. Arabas is softer, sweeter while Robusta’s bitter taste is known for its traditional coffee flavor. Obviously, this is very much dependent on taste preference. If you prefer a sweet fruity flavor, you’ll probably prefer Araba. While if you prefer an earthy and bitter flavor, you’ll enjoy Robusta. We also recommend Peru Las Damas Coffee if you want Arabica coffee.

You may be interested in “What is Nespresso?” or “Iced Latte vs Iced Coffee: Which One is Right for You?“.

FAQs on What Is Arabica Coffee? Arabica Vs Robusta: The Differences

What is so special about Arabica coffee?

Arabica contains nearly twice its sugar content, with about 50% fewer lipids than a calorie. This is very essential for both flavor and body in Coffee. Arabic beans taste great because increased sugar makes coffee softer, has cleaner mouthfeels and decreases bitterness.

Arabica coffee has high antioxidant content and provides many benefits. It contains caffeine to improve alertness. The diet has low calories (non-fat milk) but contains a few essential vitamins such as calcium.

Is Starbucks coffee Arabica or Robusta?

Starbucks® Premium Instant Coffee is a coffee that contains micro-brewed Arabica beans and is made up of 100% Arabica beans that originate from the region.

Is Arabica a strong coffee?

Arabica beans produce the best coffee on earth from the finest coffee. Considered as being of lesser quality in comparison to robust coffee! Aroma notes Arabica Coffee has a lighter and softer flavor than any other bean type.

Why is it called Arabica coffee?

The plant “Coffea Arabica” was first described around the 7th century by the bean originating in Egypt and then crossing into Yemen and lower Arabia from Yemen and hence the term Arabica.

What kind of coffee is Arabica?

Arabica coffee is produced in Coffea arabica plants. Arabica coffee originated in Ethiopia and is arguably the world’s biggest consumption coffee and is about 60% of global coffee production.

Are arabica coffee beans the best?

Araba contains more calories than white rice and about 80% more fat compared to brown rice with rice. This plays a significant role in the coffee’s aroma and flavor. Arabic coffee has more flavor due to its increased sweetness which increases taste, cleaner mouthfeel and lower bitterness. 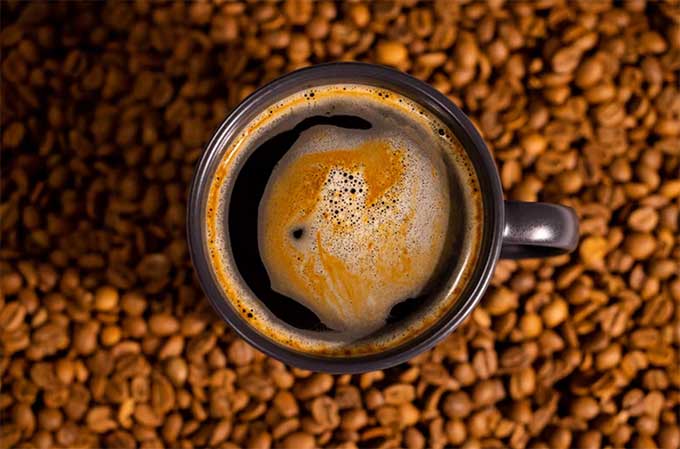 The next time you are in a coffee shop, do not be afraid to ask your barista about the coffee beans they are using. Many people who work at coffee shops enjoy sharing their knowledge about coffee with others who appreciate it. If you really want to dive deeper into the world of coffee, take some time to learn what types of coffees are available and how to identify them.