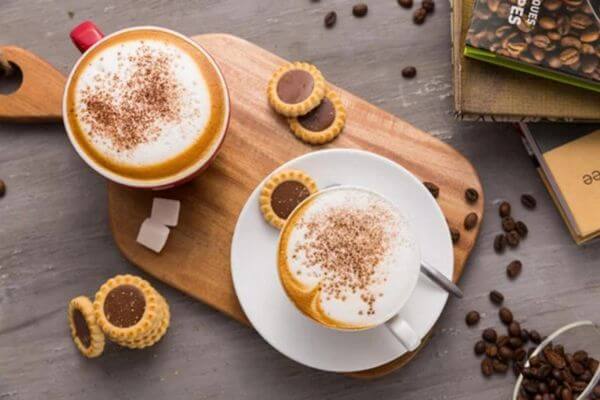 Most coffee drinkers are familiar with the two most popular coffee drinks: Flat White vs Cappuccino. But what’s the difference between them? This is a question that has divided coffee drinkers for years. Some people swear by the smooth, creamy texture of a Flat White, while others prefer the stronger coffee flavor of a Cappuccino. So which one should you order or buy at coffee shops when you hit up your local café?

In this blog post, we’ll discuss the main difference between a flat white and a cappuccino – two coffee favorites. We’ll also help you decide which drink is right for you. So, read on to learn more!

What Is A Cappuccino?

The History Of Cappuccino

Cappuccino is an Italian coffee drink that has been around for centuries. The word cappuccino comes from the Italian cappuccino, meaning “hood” or “cape,” referring to the beverage’s resemblance to the robes worn by monks in Italy. 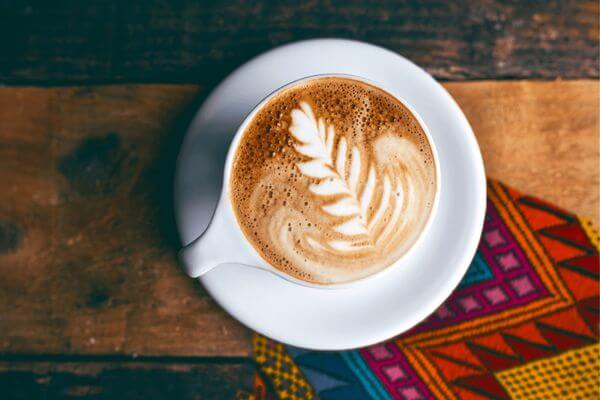 The cappuccino as we know it today originated in Italy in the early 1900s. It was created by Luigi Bezzera, who patented a machine that could make espresso-style coffee. This new machine made it possible to produce coffee with a layer of foam on top, which we now know as cappuccino.

The first recorded mention of cappuccino in English dates back to 1938, in an article in the British newspaper The Observer. In the years since cappuccino has become one of the most popular coffee drinks in the world.

Viennese coffee shops began serving coffee drink during the 1700s. Kapuziners are tea-flavored drinks that are topped with cream and spices to create flavor. Italian coffee culture began growing as soon as the coffee maker was invented in the early 1900s. Some time after World War II, Italians started replacing cream by foamy milk. Capuccos were not widespread throughout the United Kingdom until the 1980s.

Today, cappuccino is typically made with espresso and steamed milk and topped with foam or whipped cream. It can also be made with different types of milk, such as almond or soy milk. Cappuccino can be enjoyed hot or cold and is often served as a dessert coffee.

The Taste And Texture Of A Cappuccino

Because cappuccinos is 1/3 foam, the amount of liquid milk reduces the flavor of espresso. This is a 1:1 coffee to milk ratio in a cappuccino compared to a 1:1 ratio in a flat white – which makes a cappuccino considerably stronger. And textures are totally different! A cappuccino’s micro foam has very thick and very dense layers.

How To Make A Perfect Cappuccino?

The perfect Italian cappuccino is a shot of espresso and twice as much milk frothed at 65C or 149F. The milk is frothed in a separate container, usually a stainless steel pitcher, using the frothing wand of an electric blender. Serve cappuccino in an oval ceramic mug.

To add an espresso shot, pour the warm milk into the glass, then add the foamier portion to the milk. The flat whites and cappuccinos must contain quality beans ground well for espresso. You don’t need any type of bean, but make sure the flavors will become more intense when preparing coffee.

The History Of The Flat White

The origin of flat whites was a hot topic among the two. Fraser McInnes from Café Bodega Wellington stands facing off against Derek Townsend from DKF Café. McInnes first invented “flat whites” in 1989, and Townsend allegedly introduced it as a drink in 1984. Neither of these milk-based cousins existed for quite so long. While the makeup for an opaque white may vary from a place of purchase, there are some fundamental elements. It is generally less dense compared with cappuccinos or lattes due to no froth and utilizes a special microfoam, unlike regular steamed milk. 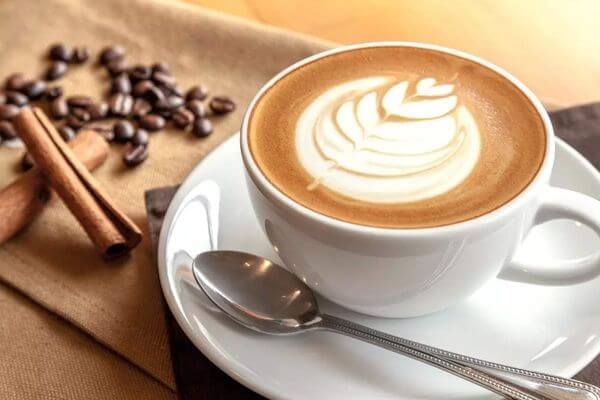 The flat white originated is hard to pinpoint, but flat white was widespread in Australia and New Zealand by the 1980s. During that time, coffee was also influenced by the Third Wave Coffee Movement, and milk beverages became embellished using professional pouring techniques. Latte art began and had since been adorning a flat white with flowers, leaves, and birds. The beverage became more frequently available at the beverage tables of many US restaurants throughout the decade, and it has become the preferred café brand.

The Taste And Texture Of A Flat White

A Flat White is a latte art made with espresso and steamed milk. The coffee is brewed using an espresso machine and then combined with steamed milk to create a creamy, rich texture. Like a latte, a Flat White contains less milk and has a more intense coffee flavor. For this reason, many people consider it to be a more sophisticated beverage choice.

Coffee makes up around 25% of drinks (1.5 oz), so the coffee flavor is stronger. But the milk makes this different than the cappuccinos. The acetate is not microfiber and is very “milky.” It is soft and delicious but does not have velvet-like creaminess as in foam.

Flat white or a latte is primarily different in coffee quantity. They also influence the ratio of coffee milk. The flat white is served standard with double espresso sprayed with freshly brewed milk and a thin layer of micro foam.

How To Make A Perfect Flat White?

A perfect black begins with an espresso. This is an espresso shot with twice as much water and has a more rich flavor. A New Zealand flat white requires two shots; Australians usually have just one shot. Next, froth all the milk until it’s smooth and creamy and not foaming.

How do we produce micro foam? Put milk in the cup to cover the shot. Serve it in a ceramic pot of tiny tulips. A flat white can easily be made with a milk grinder and a coffee maker with a frothing wand.

Tell Me The Difference Between A Flat White And A Cappuccino

Flat white and cappuccino are two of the most amazing coffee drinks around. They are both made with espresso and steamed milk, but there are some key differences between the two drinks.

The differences between plain white and cappuccinos are usually due to the milk being used: microfoam and milk foam. Both coffee beverages have a steaming milk flavor. A cappuccino is served with a steaming flurry of milk. This white flat is Espresso. There’s also some microfoam milk that’s not thickened by froth. Micro foam contains milk with small air bubbles that thicken them, making them feel silky and have a soft texture reminiscent of meringues. Milk froth has larger bubbles that make it lighter than other sand. When placed high above a cappuccino, milk froth may disappear if there are strong winds. 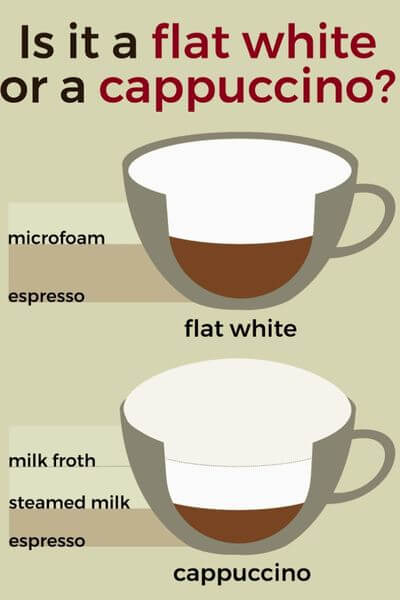 Cappuccinos are from Italy, and the name is derived from the Capuchin order of Catholic friars, who wore hooded robes with a distinctive color. The drink was created in Vienna, Austria, and is named after the flat-wearing people of that country. There are many variations of cappuccino served around the world, but the most common include chocolate, vanilla, and caramel syrups. A cappuccino usually has more caffeine than a white flat because of the added espresso shots.

The coffee beans used to make each beverage also play a role in taste. Arabica coffee beans make most espressos, including those used in cappuccinos and white flats. Robusta coffee beans have more caffeine and higher acidity than Arabica beans. They are used to make some espressos but are more commonly found in instant coffees and iced coffees. The bean type can affect the coffee taste, so a cappuccino made with Arabica beans may taste different from one made with Robusta beans. 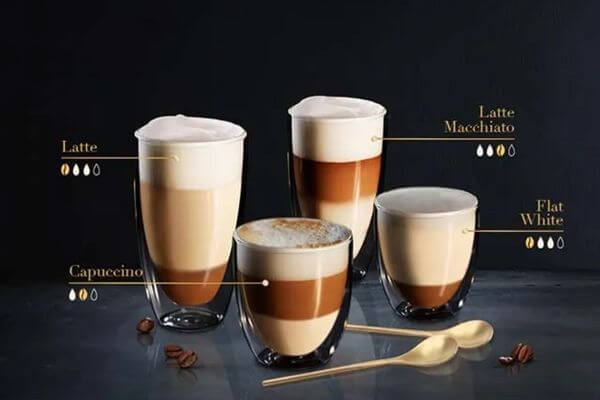 Cappuccino is usually served in a smaller cup than a white flat. This can affect the taste because the espresso is more concentrated in a cappuccino.

Cappuccino is often topped with chocolate powder or syrup, while a white flat is usually left plain. The toppings can affect the taste and make a cappuccino sweeter than a white flat. 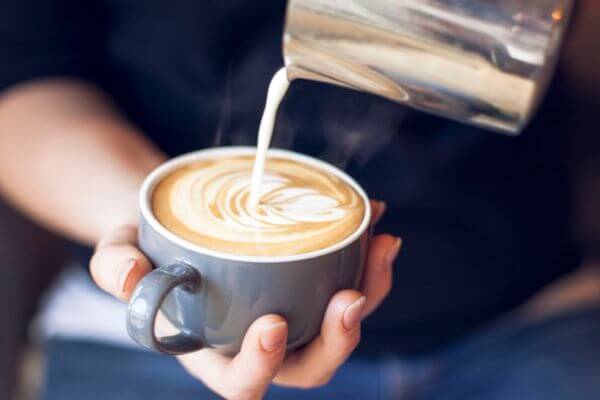 FAQS About Flat White vs Cappuccino

Which is stronger latte or cappuccino or flat white?

It’s 1/3 espresso and 1/3 milk. Steamed milk requires a micro foam layer but no stiff foam as for espresso. Many baristas argue that flat whites have a better flavor than cappuccinos because they combine milk with espresso.

Since coffee usually consists of more milk, the latte produces more sweetness and a less strong coffee profile, while flat white has a richer espresso taste.

What is healthier flat white or cappuccino?

Averages. A cappuccino has about 125 more calories than a plain white with 110 calories with full cream milk.

Is cappuccino a white coffee?

The preparation of the milk components of this beverage truly distinguishes it. Flat whites are creamy, velvety milk blended with espresso to create a silky finish, and cappuccinos contain a thick frothy foam coating over one cup with espresso or steamed milk.

How much caffeine is in a flat white?

Which coffee is healthier- a flat white or a cappuccino?

There is no significant difference in the health benefits of these two coffee drinks. Both are low in calories and fat and offer some antioxidants and other health benefits. 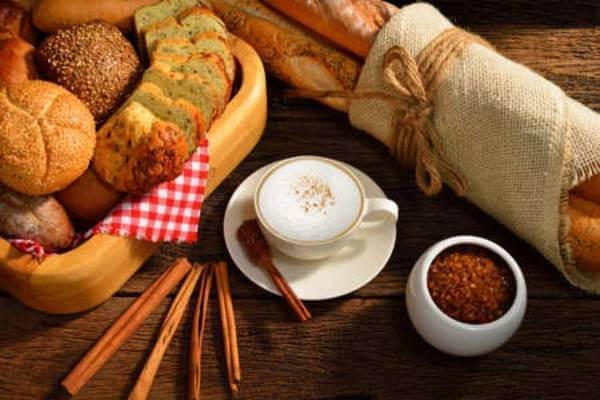 Flat whites and cappuccinos are coffee beverages that are popular among many people. They have different tastes, textures, and appearances. Some people may prefer one over the other, but both drinks are enjoyed by many coffee lovers.

Which is better – a flat white or cappuccino? In our opinion, it depends on your preference. If you like a strong coffee with less milk and froth, go for a flat white. If you prefer a creamier drink with more foam, order a cappuccino!