Everything You Need to Know About the McDonald’s Lawsuit Coffee 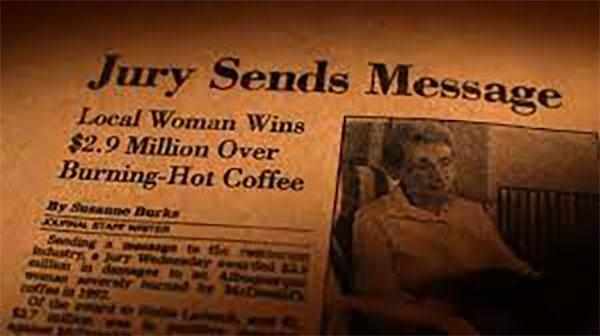 The case, known as Liebeck v. McDonald’s, went to trial in August 1994. The jury found that McDonald’s was partly responsible for the injuries suffered by plaintiff Stella Liebeck, and awarded her $2.86 million in damages.

This verdict was later reduced to $640,000 on appeal, and the case was settled out of court for an undisclosed sum.

So why was this case so famous? And what does it mean for coffee drinkers today? Let’s find out all the information in this article.

The Origins of the McDonald’s Coffee Lawsuit

In 1992, Stella Liebeck of Albuquerque, New Mexico, was in the passenger seat of her grandson’s car when she ordered a cup of coffee from McDonald’s. She placed the cup between her legs and removed the lid to add cream and sugar. The coffee spilled, and Liebeck suffered third-degree burns on her thighs, buttocks, and groin. She was hospitalized for eight days and received skin grafts. Liebeck later sued McDonald’s, claiming that the coffee was defective and that the company was negligent in serving it.

A jury ultimately sided with Liebeck and awarded her $2.86 million in damages, which was later reduced to $640,000. The case sparked a national debate about whether coffee should be served at a temperature that could potentially cause burns.

In the years since the Liebeck case, McDonald’s and other restaurants have made changes to the way they serve coffee. Most now use coffee makers that automatically shut off when the coffee reaches a certain temperature and may include disclaimers on their cups warning customers about the potential for burns.

The controversy surrounding the McDonald’s coffee lawsuit continues to this day, but the case remains an important example of how personal injury lawsuits can lead to change. 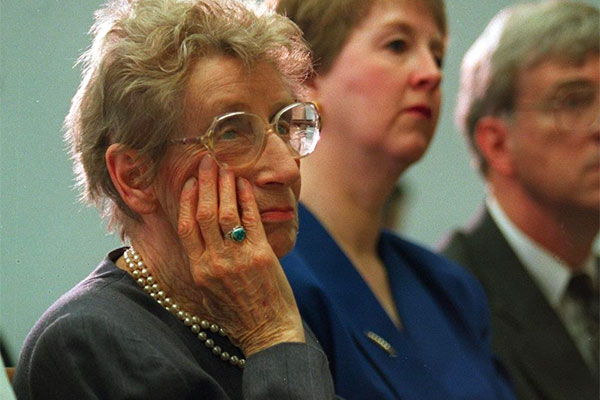 The McDonald’s Coffee Lawsuit: Why It Matters

While the McDonald’s coffee case may seem like a straightforward example of a company being held liable for a customer’s injuries, the case is actually much more complex. The large verdict against McDonald’s sparked a national debate over product liability law and whether or not companies should be held responsible for injuries caused by their products.

The McDonald’s coffee case highlights the importance of product liability law and the debates that surround it. The case also illustrates how difficult it can be to determine whether or not a company should be held liable for injuries caused by its products. Ultimately, the decision of whether or not to hold a company liable for injuries caused by its products is a complex one that must be made on a case-by-case basis.

At that time, the case quickly becomes a national joke, with many people wondering how someone could be so stupid to sue over something like coffee. However, the case is actually much more complicated than people realize. Here are 10 shocking facts about the McDonald’s coffee lawsuit:

2. Liebeck was not asking for a lot of money. She originally only asked for $20,000 to cover her medical expenses. McDonald’s refused and offered her $800.

3. Liebeck’s burns were much more serious than people realize. She suffered third-degree burns over 16% of her body, including her thighs, buttocks, and groin. She spent eight days in the hospital and had to undergo skin grafting.

5. McDonald’s knew that their coffee was too hot. In fact, they had received over 700 complaints about it before Liebeck’s accident.

6. McDonald’s also knew that their coffee cups were not insulated properly. A former employee testified that the company had received complaints about coffee leaking through the bottom of the cup and burning people.

8. McDonald’s appealed the verdict and the case went all the way to the New Mexico Supreme Court. The court ruled that Liebeck was only 20% at fault for her accident and that McDonald’s was 80% at fault.

9. The jury’s verdict was based on the fact that McDonald’s had acted negligently. The jury found that McDonald’s knew their coffee was too hot and that their cups were not insulated properly.

10. After the verdict, McDonald’s changed the way they served their coffee. They now serve it at a lower temperature and use insulated cups. 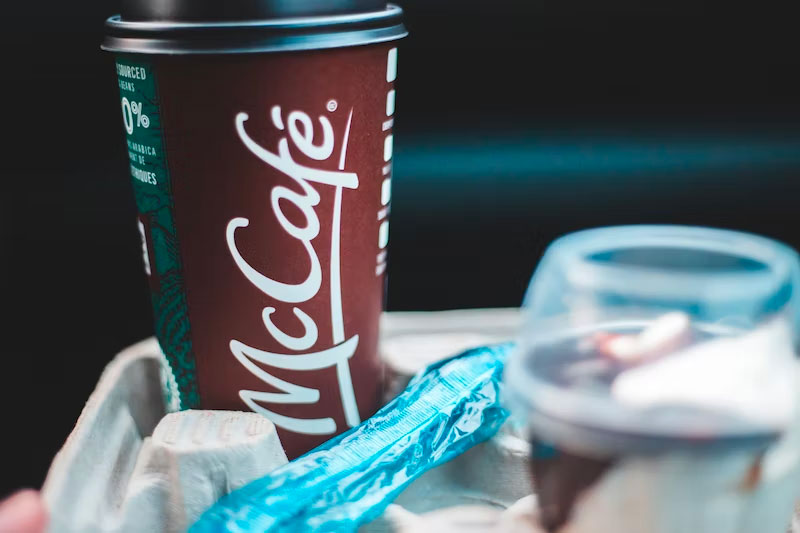 The Dark Side of McDonald’s Coffee: What You Need to Know

Coffee is one of the most popular beverages in the world, and McDonald’s coffee is some of the best. However, there is a dark side to this beloved drink.

In addition to lower quality beans, McDonald’s coffee may also contain more sugar and calories than other coffees. A large McDonald’s coffee can contain up to 31 grams of sugar, which is more than the average person should consume in a day.

Additionally, McDonald’s coffee may be made with cheaper, lower quality milk. This means that the coffee may not be as creamy and delicious as you’d like.

Despite the dark side of McDonald’s coffee, it is still one of the most popular beverages in the world. If you’re looking for a delicious cup of coffee, McDonald’s is a great choice. Just be aware of the potential downsides before you order.

The Lessons of the McDonald’s Coffee Lawsuit

There are a few lessons to be learned from the McDonald’s coffee lawsuit:

1. Be careful with hot beverages.

This seems like a no-brainer, but it’s important to be careful with hot beverages. They can cause serious injuries if you’re not careful.

2. Companies can be held liable for their customers’ injuries.

The McDonald’s coffee lawsuit showed that companies can be held liable for the injuries their customers suffer. This is especially true if the company was aware of the risks associated with their product and failed to warn customers about them.

The McDonald’s coffee lawsuit resulted in a multimillion-dollar verdict for the plaintiff. This case showed that juries can award large sums of money in personal injury cases, so it’s important to have a strong case if you’re going to file a lawsuit.

4. Settlement amounts are usually much lower than jury verdicts.

5. Coffee is hot and can cause serious injuries.

This seems like another no-brainer, but it’s worth repeating: coffee is hot and can cause serious injuries. Be careful with hot beverages and make sure you know the risks before you consume them.

Here are 10 FAQs about the McDonald’s coffee lawsuit:

1. What exactly happened in the case?

On February 27, 1992, 79-year-old Stella Liebeck of Albuquerque, New Mexico, was sitting in the passenger seat of a parked car when she spill McDonald’s coffee on her lap. The coffee was extremely hot, causing third-degree burns on Liebeck’s thighs, buttocks, and groin.

3. What did Liebeck do after she was burned?

After being burned, Liebeck was taken to the hospital where she spent eight days being treated for her injuries. She then spent two weeks recuperating at home.

4. How much did Liebeck sue McDonald’s for?

Liebeck initially sued McDonald’s for $20,000 to cover her medical expenses. However, after her case went to trial, the jury awarded her $2.86 million in damages.

5. Why did the jury award such a large sum of money?

6. What was the reaction to the jury’s verdict?

The jury’s verdict was met with public outrage. Many people thought that Liebeck was suing McDonald’s for an “unreasonable” amount of money.

7. What happened on appeal?

The verdict was overturned on appeal and Liebeck was only awarded $640,000. The appeals court found that the jury had improperly calculated the damages.

8. What was the reaction to the appeals court’s decision?

The appeals court’s decision was also met with public outrage. Many people thought that Liebeck was being treated unfairly and that she deserved more money.

9. What happened when the case went to trial a second time?

The case went to trial a second time, but it was settled out of court for an undisclosed sum.

10. What does the case mean for coffee drinkers today?

The case is often cited as an example of “frivolous” litigation. However, the case did result in coffee companies changing the way they serve coffee. Most coffee companies now offer warnings to customers that their coffee is hot and can cause burns.

Everything You Need to Know About the McDonald’s Coffee Lawsuit

The judge reduced the punitive damages to $480,000, but McDonald’s refused to settle. The case went to appeal, and the appellate court ruled that the $2.7 million award was excessive. The two parties eventually settled out of court for an undisclosed sum.

The McDonald’s coffee case is often used as an example of frivolous litigation, but there are several important lessons to be learned from it. First, it is important to remember that juries are not always reasonable. In this case, the jury was presented with evidence that McDonald’s knew its coffee was dangerously hot and that the company had received 700 complaints about burns, but they still only found McDonald’s one percent at fault. Second, punitive damages are not always excessive. In this case, the jury awarded $2.7 million in punitive damages, but the appellate court ruled that the award was excessive. This shows that juries can sometimes be too lenient on corporations. Finally, it is important to remember that even when a case seems frivolous, there may be important underlying issues. In this case, the issue was whether McDonald’s was serving its coffee at a dangerous temperature. This is an important issue and one that has since been addressed by many other businesses.